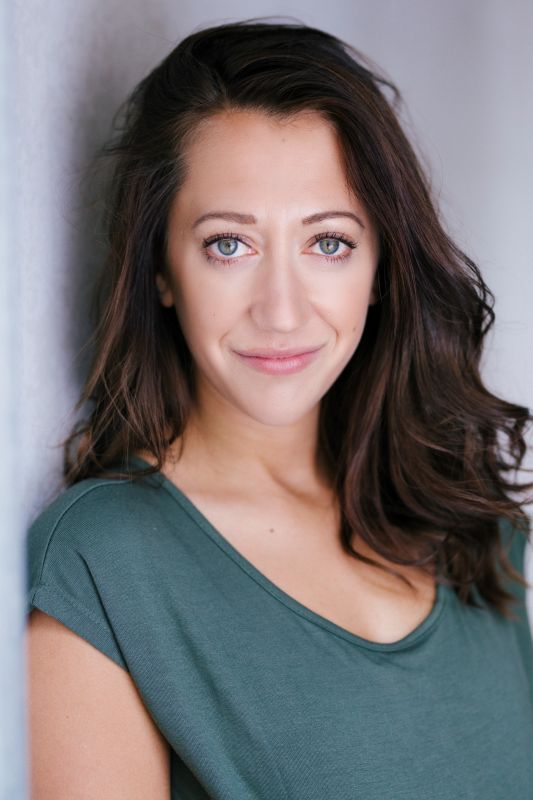 Kelly Hocking trained in acting, voice and dance at the American Academy of Dramatic Arts in Los Angeles. She studied singing with the late Tony Award winner, John Peck, and has gone on to study with several other renowned teachers in both classical and contemporary styles of singing.
In New Zealand, Kelly has performed in productions for The Fortune Theatre in Dunedin, The Court Theatre in Christchurch, Musical Theatre Dunedin, Taieri Musical Society, North Shore Musical Society in Auckland and in national touring productions for THETA. Credits include “Kate/Lucy” in Avenue Q, “Ellen” in Miss Saigon, “Roxie Hart” in Chicago, “Sally Bowles” in Cabaret, “Mrs. Banks” in Mary Poppins, “The Baker’s Wife” in Into The Woods, "Diva" in Priscila Queen of the Desert and "Glinda" in Wicked.  Kelly has performed as a lead vocalist with groups including The Oxo Cubans, St Kilda Brass and La Forza and is currently a member of The Divas managed by DKCM. Whilst in America she appeared in TV commercials and short films in addition to theatre.

Kelly was the first recipient of the full Level 3 certification in Applied Vocal Pedagogy and Voice Science from AtlasVoice. In 2014 she completed a course in Somatic Voicework© The LoVetri Method; which is dedicated to CCM (non-classical) styles of singing. Kelly is a mentor for voice teachers all over New Zealand and has a special interest in vocal health. 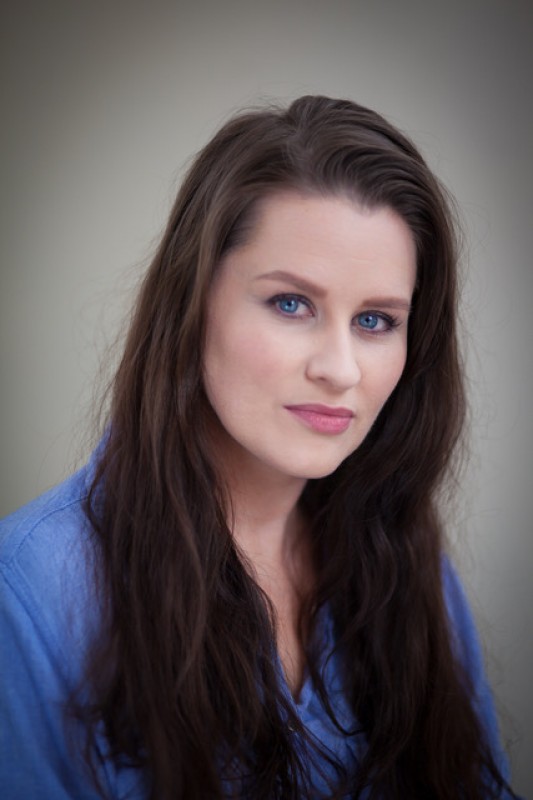 Anna joined The Voice Lab nz team as a Senior Teaching in 2018.

Anna spent 6 years living in London where she gained her Pg Dip in Musical Theatre from Mountview Academy of Theatre Arts studying under Paul Sabey, she worked as an actor and also as an agent’s assistant to two of London’s top Talent Agencies before moving back to NZ in 2014.

UK credits include;  Martha in The Secret Garden, Sally in Live Like Pigs, Claudia in Angels, Punks and Raging Queens, Young Sally in Follies and singer in Grateful in Concert at Cadogan Hall. She also produced and performed in sold out cabaret shows This Has Nothing to Do With…Love and Revive Me at the Battersea Barge.

Whilst in NZ Anna has performed in Sing for Your Supper for Auckland Theatre Company, performed her own cabaret “Over the Rainbow” at The Basement Theatre and has regularly performed for Doug Kamo Creative Management at various corporate events and local shows including two South Island tours of The Other Mrs. Brownz Boys. Past shows for Musical Theatre Dunedin include Beauty and the Beast, Chicago, Cats, ‘Diva’ in Priscilla Queen of the Desert and Elphaba in Wicked.

Anna gained her BA in Performing Arts from Otago University in 2007 with minors in Theatre Studies and Film and Media Studies. During this time she studied Contemporary dance adding to her past dance training of Tap and Jazz.

Anna completed her Level 1 TOSCA qualification in 2017 and is thoroughly enjoying teaching at The Voice Lab nz. 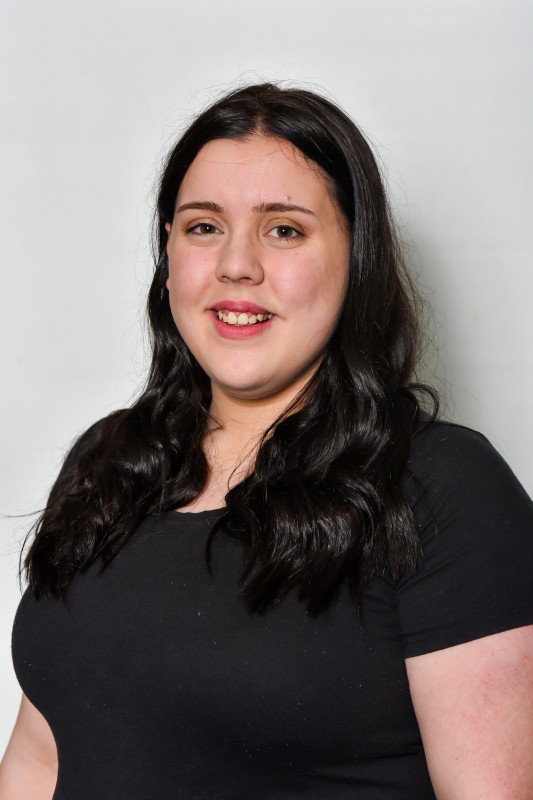 Born in England and raised in Christchurch, Beth Waite has always been passionate about musical theatre. Whether it be performing, directing or selling tickets, she is never far from the stage.

This year saw her graduating with a Masters with Distinction in Theatre Studies from the University of Otago. In 2019, she also made her directorial debut with the play Women Like Us by Helen Varley Jamieson and produced by Little Scorpion Production company. She has worked with Arcade Theatre Company as the 2019 Front of House Manager, as well as a stage manager and actor. 2019 also saw her undertaking the role of Assistant director for Taieri Musical Society’s production of Blood Brothers.

Her performance credits include Ovation with Taieri Musical Society, The First Time with Arcade Theatre company, Chicago with North Canterbury Musical Society, The Sound of Music with The Court Theatre, and various productions throughout her time at the University of Otago.

Beth completed her Level 1 TOSCA qualification in 2019 and is delighted to work along side the talented team at The Voice Lab NZ. 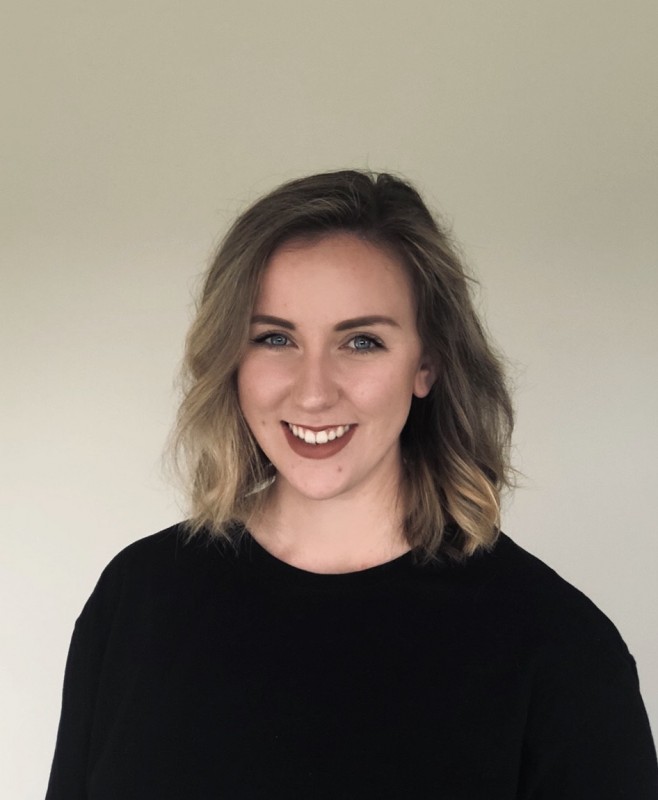 Toni Lenore is a local Dunedin singing teacher who began her training as a classical singer, pursing classical performance for 12 years. She has been heavily involved in the musical theatre scene, performing in shows such as Mary Poppins (2017), Les Misérables (2013), and Jesus Christ Superstar (2012). Toni also performs frequently in a music duo called Cloudie, who have just released their debut album Supercolour. Toni graduated from the University of Otago with a Bachelor of Performing Arts in 2016 where her studies focused predominantly around Contemporary and Musical Theatre vocal studies, this included the study of vocal anatomy and vocal health. Toni has just completed her Post-Graduate studies completing a Graduate Diploma in Secondary Teaching allowing her to pursue teaching Music and Drama, sharing her passion for Performing Arts with the next generation of performers. 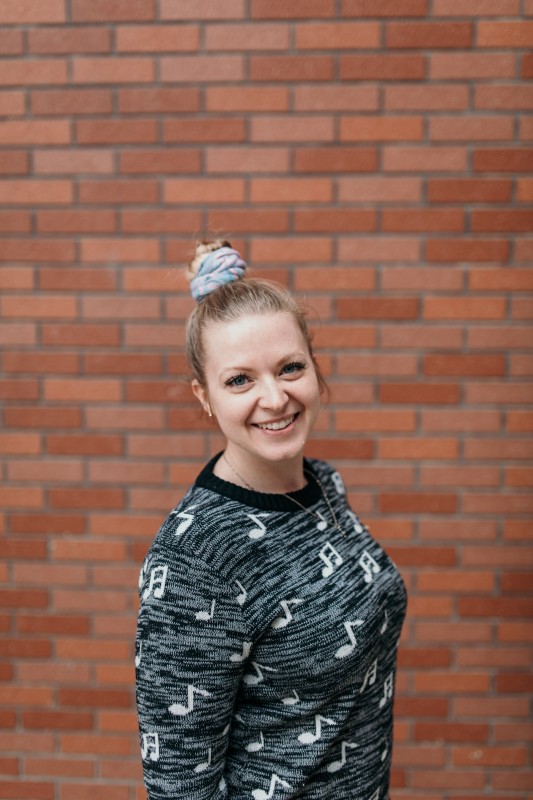 Megan Kolppanen was born in Canada and has been singing and performing from a young age. She holds an Honours Classical Voice Performance Degree from Laurentian University, Canada as well as a Graduate Diploma in Teaching Vocal Music from Griffith University in Brisbane, Australia. Megan has been teaching voice for over 15 years.

Megan attended Sudbury Secondary School, which is a renowned Performing Arts High School, majoring in Vocal Music and Dance. While still in Canada, she founded and was the Artistic Director of a For-Charity Theatre Company called UP Theatre. Over the five seasons Megan was Artistic Director, she wrote and directed five musical productions, and numerous Cabaret Evenings, which raised over $5000 for various local and national charities. Giving back to the community is deeply ingrained into her relationship with the Performing Arts, and she continuously finds opportunities to merge these two passions together. Megan has been a registered Secondary School Teacher since 2009, and has experience teaching on four different continents around the world. Most recently, she spent the last four years (2015-2019) as the Head of Performing Arts at a Canadian International School in China. Megan is currently a Performing Arts and Science teacher at Bayfield High School here in Dunein. 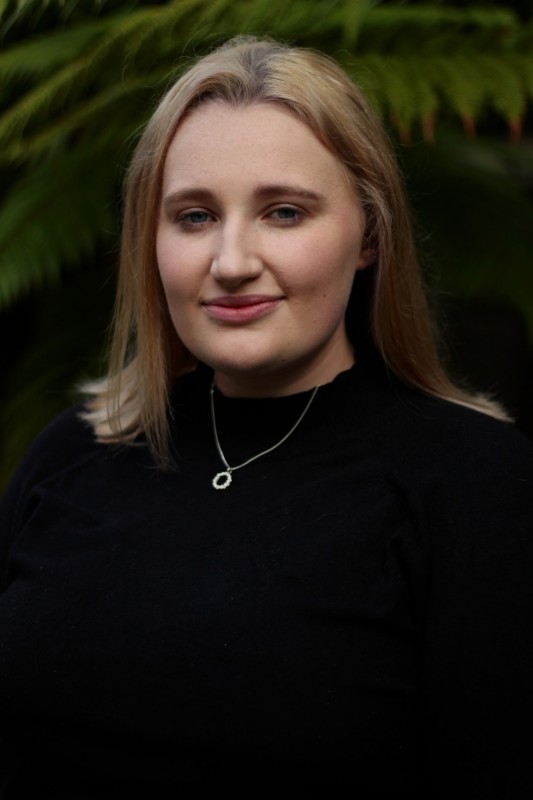 Olivia Leonard is currently a second-year student at the University of Otago studying a Bachelor of Music majoring in Classical Voice Performance.

Originally from Christchurch, Olivia was a member of Burnside High Schools’ Specialist Music Programme for Voice and studied under the guidance of Amanda Atlas. Within this programme, she performed at many events including Sol3Mio’s Christmas Concert. She is currently a member of the Christchurch choir, AtlasVoices, and has performed many concerts with them, including Mozart’s Requiem with the CSO and the New Zealand premiere of Forrest’s Requiem for the Living.

In 2018, Olivia completed her Level 1 TOSCA certification through The Voice Lab. 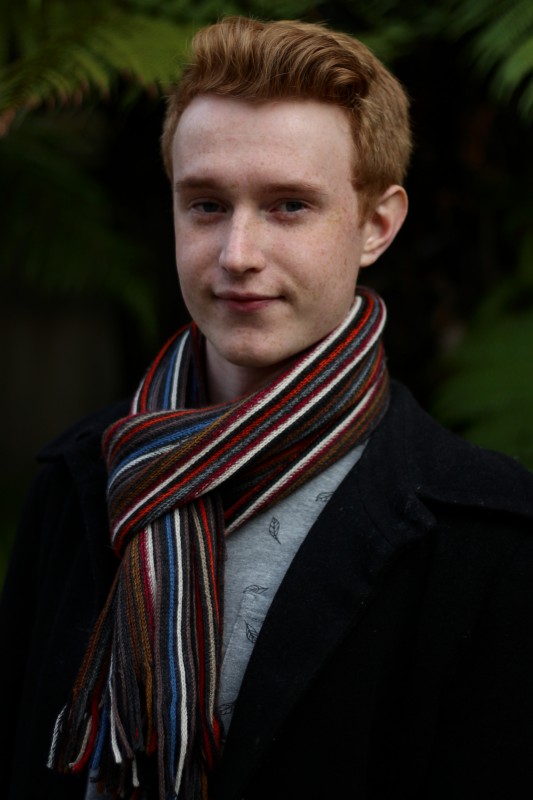 Ben is currently working towards his Bachelor of Performing Arts at the University of Otago and is expected to finish his degree at the end of 2020. His most recent performance was Musical Theatre Dunedin’s Wicked at the beginning of 2019.

Ben also has a vast background in choral music as he was a Choral Scholar at the Christchurch Cathedral from 2015-2017. At the end of 2017 Ben had the pleasure of performing with Sol3Mio in their Christmas concert. In 2018 Ben completed his level 1 TOSCA certification and, since then, has started teaching musical theatre, contemporary, and basic classical technique. 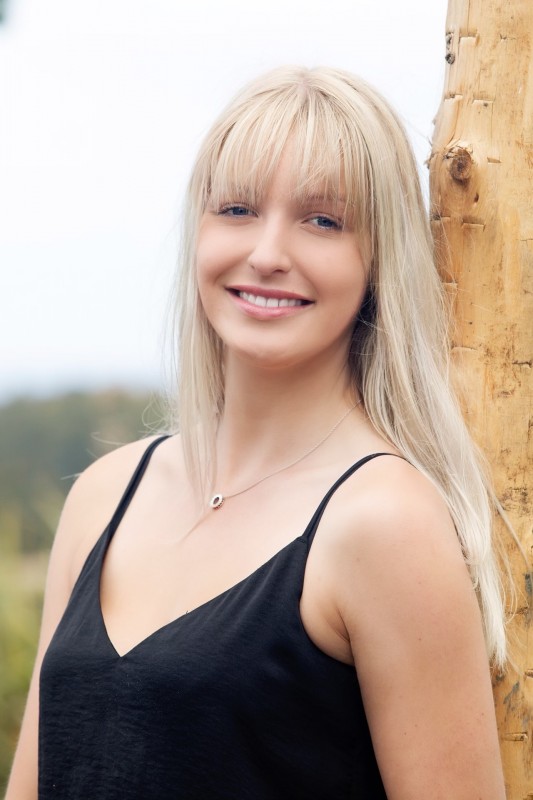 Ashlee Maxwell is currently working towards her degree in psychology which she later hopes to follow through to music therapy.

Ashlee  has trained in contemporary singing with Kelly Hocking since the age of 13 and in 2018 she completed her level 1 TOSCA certification in vocal pedagogy through the voice lab.

She has performed in musical theatre and has had much experience in contemporary genres including pop, rock, blues and jazz.

In addition to performoing, Ashlee is passionate about songwriting and has entered solo songwriting competitions such as Smokefree Rockquest where she placed 2nd, Lions Songwriting Foundation and Play it Strange.

In 2017, Ashlee attended the National Youth Drama School in Napier where she studied musical theatre, acapella and improvisation in drama. 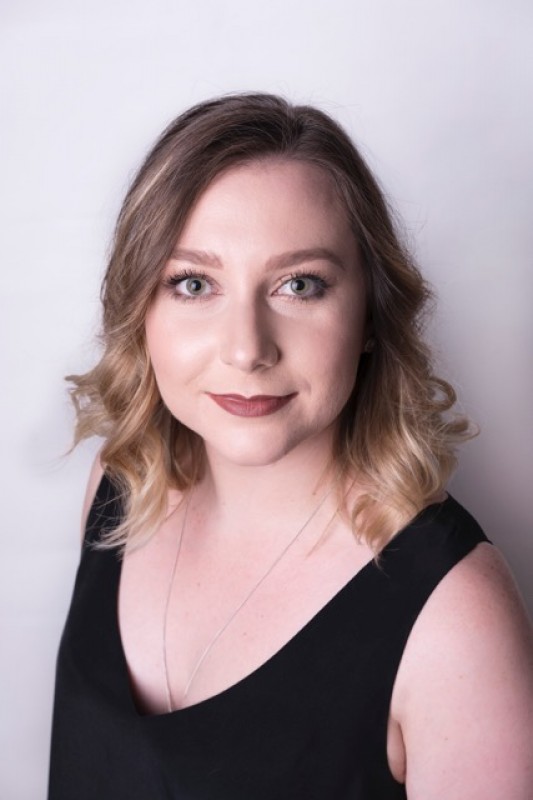 Olivia is a soprano and classical pianist, currently based in Dunedin after completing her Bachelor of Music in Classical Voice Performance at the University of Otago. She has extensive experience on the stage, performing regularly in both musical theatre and opera since high school. She has been a member of the NZ Opera Chorus since 2016, and competes in classical singing competitions around the country, with many successes – most notably winning the Dame Malvina Major Foundation Dunedin Aria Competition in 2018. She made her principal role debut as Donna Elvira in Opera Otago’s production of Mozart’s Don Giovanni that same year. 2021 will see Olivia returning to study, working towards a Masters of Music in Classical Voice Performance.

When not singing, Olivia is often found behind the piano, working as an accompanist/vocal coach for many local choirs, and freelancing as a pianist for singing competitions, and a variety of other projects. She has also been teaching piano privately since 2017, has been a Musical Director for several shows, and a sought after choral accompanist for events such as The Big Sing, at both the regional and national finale level.

Ez Zulkifly of A Plus Physio, voice physiotherapist, Dunedin - www.aplusphysio.co.nz/services-2/voice-physiotherapy/